​Here is a good article about the Italian church from The Gospel Coalition - TGC. Enjoy!

​"My wife, Sherri, and our youngest daughter were recently in downtown Rome, where they took an elevator to the top of the monument to Vittorio Emanuele II. From the roof of the monument (which the Italians sometimes call “the typewriter” for its boring, column-laden façade), they had a spectacular view of Rome, where only about 1 percent of Italians attend an evangelical church. Many of the remaining 99 percent may not even know a single Bible-believing Christian.

Several floors under my wife and daughter’s feet was a window in the monument that opens out onto the flower-strewn Piazza Venezia. It was from that window that a stocky, balding man hollered his speeches to stir up the Italian crowd during World War II. His name was Benito Mussolini, and he is, in my opinion, one of the reasons Italian leadership inside and outside the Italian evangelical church is so divisive and authoritarian.

How many famous Italian leaders can you think of? Mussolini, many popes, and, gulp, Niccolò Machiavelli have all left their mark on Italy and on the Italian heart. (No need to even bring up the shenanigans of Silvio Berlusconi or the Caesars!) With examples like these, it shouldn’t come as a surprise that so many of our leaders tend to be loud, brusque, and overbearing. Because there are so few evangelical churches here, most believers are first-generation Christians. They have no servant-leadership models from the church, because they were never in an evangelical church before they met the Lord. Even those who grew up in a church setting often have only seen domineering leaders, and many have probably lived through one or more church splits. (That’s not the kind of church multiplication we are praying for here!)

As sad as it is to say, I think the number one problem facing the evangelical church in Italy is its own leadership. This theme encompasses a constellation of questions. What kind of leaders do we have? What’s right about them, and what’s not so right? What kind of leaders does God want to use in order to start church planting movements that are outwardly focused and biblically grounded?

Some Italian churches have no recognized leaders at all. Many Italian church leaders do not seem to be able to look beyond the four walls of their building, tending to view other evangelical churches as a threat, unbelievers as a hassle, and honest exchanges with Catholics as downright dangerous.

Could it perhaps be significant that key terms such as “accountability,” “stewardship,” and “intentionality” do not even exist in the Italian language? As we translate free online training materials for our Mission for Youwebsite, I can tell you that the lack of those terms is a translator’s nightmare! Worse still, the lack of leaders who live out those terms is a spiritual nightmare.

Why, then, am I more hopeful right now than at any other time in our 15 years of ministry in Italy? Because to replace Benito, Pope John Paul II, and Niccolò, God is raising up men like Berni, Marco, Luciano, and Eduardo.

In 1999 I asked the leadership of our Italian evangelical church to consider planting new congregations in the unreached corners of the Province of Viterbo, where we live just north of Rome. The plan hasn’t always been easy or pretty, but our little congregation is now working on its fifth plant in these last 12 years. This reproduction alone has more than doubled the total number of congregations in this province.

I had the privilege of working with Berni and Marco in one of the first church plants. Berni is a soft-spoken artist with a past of drug abuse. Yet once God got a hold of him, Berni became a true disciple, a church planter, and is now co-leading the Church of the Vera Vite (True Vine Church) in Montefiascone, Italy. His co-leader, Marco, is the best Italian preacher I know and, despite long hours at his small business and a young family, is organizing national conferences to train up Italian leaders to be more effective spiritual shepherds.

Then there is Luciano, who wrote an email to me via our website in which he basically said, “I should’ve written to you all a long time ago, and I know you don’t know me, but I wanted to let you know that I started a church because of www.MissionePerTe.it.” That’s right! This humble man read about the need to plant more evangelical churches in Italy, did the research to find out there had never been an evangelical church in the history of the city of Alatri, so he asked God to help him start one. It was officially launched in 2008. Luciano is pastoring that congregation, mentoring a Romanian church planter in Rome, and making inroads toward planting further congregations as well.

And how can I forget Eduardo and his precious wife, Annabella, down near Latina? When he discovered our website and online course for church planters in 2009, he had already planted his first congregation. He wrote me to say, “I long for fellowship with someone with whom I can share what I feel inside [about planting churches]. When I read the teachings of The Omega Course, it seemed too good to be true. I couldn’t believe my eyes, and my wife and I were so very encouraged.” Eduardo and I have encouraged each other, brainstormed together, and dreamed about what God has in store not only for our local ministries but also for all of Italy. He has drawn up a map of his region and believes God wants him to start 20 or more congregations between Rome and Naples. He’s already working on numbers two and three!

If the number one problem facing the evangelical church in Italy is leadership, then it will take a true leader to change the culture. It will take a servant-leader, a leader of vision, a leader willing to sacrifice his time, his wisdom, even his life to show the Italians what a real leader is. That leader is not me! Berni, Marco, Luciano, Eduardo, Annabella, and others have already met that leader and are endeavoring to become more and more like him every day. That visionary servant leader is Jesus, and he has promised to build his church from Milan to Miami and from Venice to Vegas (Matt. 16:18). I once asked Eduardo why he is such a visionary and has such a servant’s heart when most of the evangelical leaders he’s known are not wired that way. His answer was simple and electrifying: “I just try to study the Word and do what it says.” At least a handful of others are doing the same, and the Word can transform Italian leadership into the strength of the evangelical church instead of a weakness.

Return to the Source 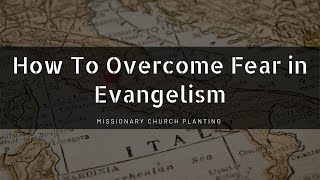 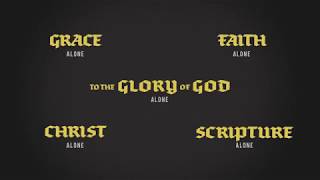 Return to the Source 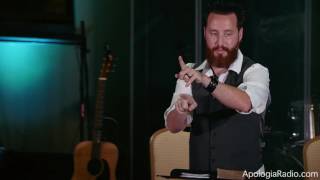